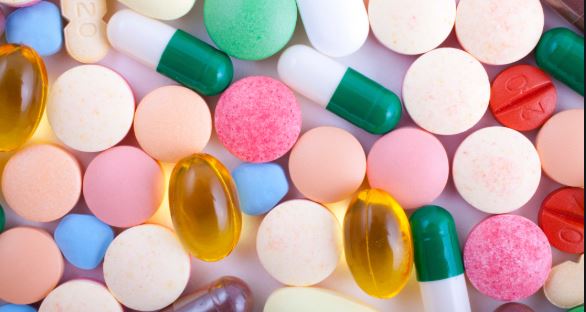 After the FDA announced that Zantac might cause cancer, many people suffering from heartburn are now looking for Zantac alternatives.

The medicine is widely used across the world by people who are suffering from heartburn. If you are one of those people who take prescription Zanta, OTC Zantac, or generic ranitidine, you are advised to consider using Zantac alternatives.

Below are Zantac alternatives that are advised by the FDA to treat heartburn or other relevant issues.

Proton Pump Inhibitors is a class of medicines that are helpful in blocking the secretion of acid into the stomach through certain enzymes. Proton Pump Inhibitors are also tested and found more effective than nizatidine and ranitidine. Below are some PPIs that FDA has suggested as Zantac alternatives;

Lansoprazole by Prevacid: it is a prescription drug and available as both a capsule form and tablet form. A delayed-release medication doesn’t release itself until it passes through the stomach, which prevents it by inactivating in the stomach. It also comes as a generic drug, which is cost-efficient than the brand version. Below are some of its uses;

Esomeprazole by Nexium: it is a Proton Pump Inhibitor, which is used to treat stomach acid and reduce the amount of acid. The drug can also be used for preventing gastric ulcers, which is caused by H. pylori or by the use of NSAIDs.

However, it is highly recommended that before taking the drug, you should consult with your doctor if you are suffering from kidney problems, such as blood in urine, or urinating less than usual. Moreover, if you have allergy problems using Esomeprazole and other relevant drugs, such as pantoprazole, Prevacid, lansoprazole, dexilant, etc. then you should avoid using it.

Some of its uses include;

Omeprazole by Prilosec: if your stomach makes too much acid, you can consider using Omeprazole. The drug is a popular medicine, which is used for heartburn, indigestion, and acid reflux. Moreover, if you are suffering from stomach ulcers, you can also consider taking it.

It is normal to take Omeprazole daily. The drug is available as a tablet, capsule, and liquid. It is safe to take Omeprazole if you are pregnant, breastfeed, or an adult. Babies and children can also use the drug after consulting with your physician. Some of its common uses include;

However, it is noted that when you use PPIs as Zantac alternative, it might increase the gastric infections. You can also reduce the absorption of vitamin B12 and magnesium.

Zantac also belongs to a medication class H2, which prevents histamine from activating stomach lining cells that produce and secrete acid into the stomach. On the other hand, DNMA contamination popup in a small amount than to the ranitidine and nizatidine. There also two other medications that work as Zantac alternatives. For H2 histamine receptor antagonists, FDA listed two drugs replacing safe ranitidine. These two drugs include;

Famotidine by Pepcid: The drug is also from a class H2. It is easily available, and you can get it without any medical prescription. The medicine is helpful in reducing acid in the stomach, cough, heartburn, stomach pain, etc. you can use the medicine with or without having food, but still, it is recommended to consult with your doctor first.

You can get more advantages if you take it once daily and at the same time. You should consult your doctor about its dose and don’t increase it without consulting. If you are suffering from an ulcer, keep using it until your doctor asks you to stop it. Some of its other common uses include;

Cimetidine by Tagamet: Like other drugs, we have mentioned earlier that it also helps prevent stomach acid and treat certain stomach ulcers. Before using Cimetidine, it is highly recommended that you should consult with your physician first and discuss your medical history t avoid any side effects. It is also advised not to use the medicine unless your doctor prescribes it for you.

Some of its common uses include;

However, it is worth mentioning that while patients tolerate these drugs well, there are some specific H2 histamine receptor antagonists such as Tagamet, which might have some dangerous side effects, including anemia, gynecomastia, vitamin B12 deficiency, neutropenia, impotence, and thrombocytopenia.

Moreover, they can also be linked to headaches, restlessness, dizziness, and mental status in patients above 60. It is highly recommended that both of these Zantac alternatives drug classes should be used after consulting with a physician about the dose and treatment duration.

It is important to take both the Zantac alternatives class mentioned above drugs after consulting with your doctor. Taking them without any prescription and using them for a prolonged period can cause adverse effects.

Q: What drug should I use for acid reflux?