Kodi is one of the most prominent apps that allows you to stream movies, TV shows, sports, and play retro games. The platform also allows you to manage your offline content. The unique thing about Kodi is that it is an open-source app and supports add-ons from third-party. 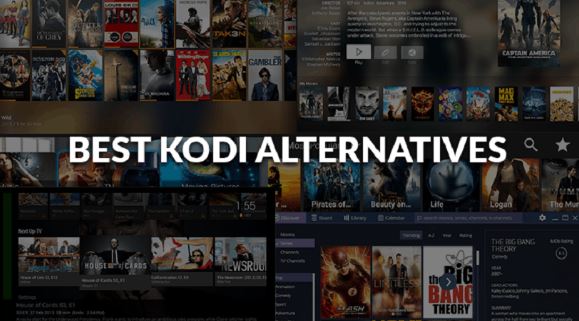 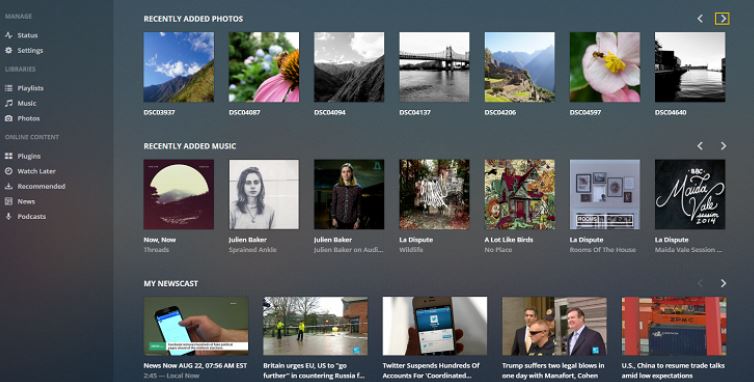 Plex is one of the top 10 best Kodi alternatives that if it is not superior but equally good as Kodi. The app comes equipped with a lot of features that will overwhelm you. The platform is excellent to stream media that are stored locally on various devices over the same network because of its client-server architecture.

The software also features a home theater application, which you can use to view and manage your media library through its intuitive interface. Similar to add-ons that make Kodi one of the most popular streaming platform, it also features multiple channels that you can use to stream your content based on various topics, including sport, news, and technology. 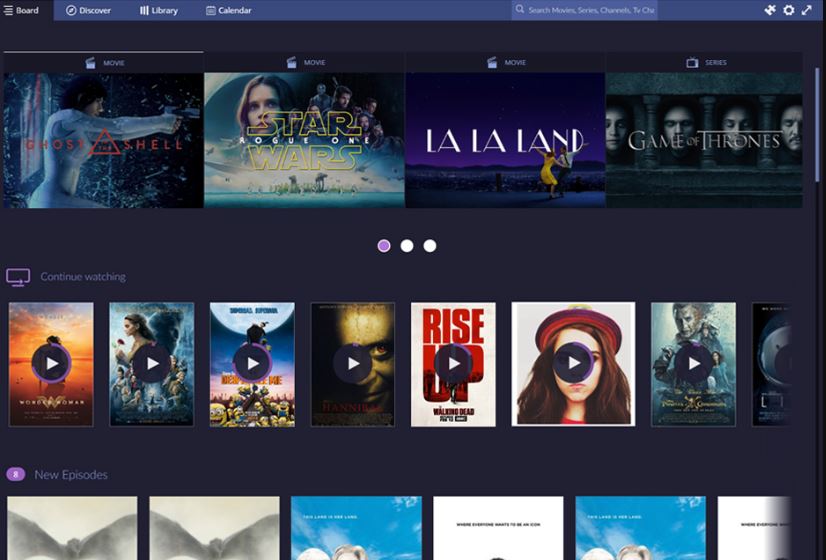 Stremio is also among the top 10 best Kodi alternatives and also recognized as its successor. Much like Kodi, the platform features the Linvo database app that allows you to organize your local media content and make sure that your content stays organized on any device you are using.

The platform is much superior to Kodi in terms of fetching content from torrent services rather than public streams, as it utilizes add-ons. Its other unique features also allow you to playback HD content instantly and detect subtitles automatically.

Moreover, it also lets you broadcast media to Apple TV, Chromecast, and more through DLNA. Furthermore, you will also get recommendations through its engine based on your taste regarding new shows updates so that you make the most out of it.  The platform is compatible with iOS, Android, Windows, Linux, and Mac operating systems. 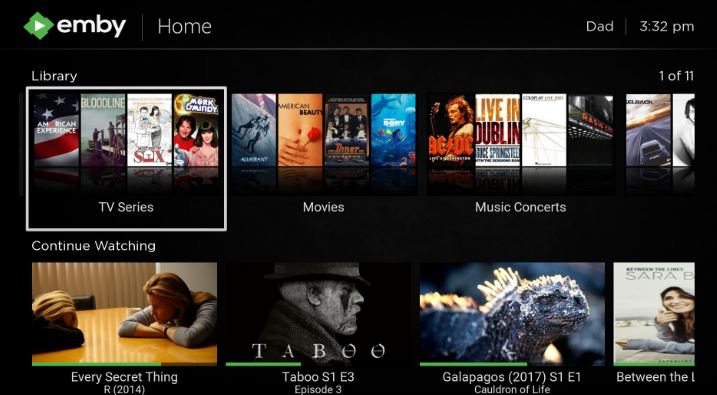 If you are annoyed with Plex proprietary software components but a fan of its media streaming approach, then you should consider having Emby, which is an open-source platform and among the top 10 best Kodi alternatives as well.

Just like Kodi, the platform is also designed on the client-server approach, which makes it more efficient to stream local media content to other devices connected to the same network. The platform also offers live TV features, as well as allows you to manage DVR recordings.

The functions that make it unique include parental control ability, editing web-based metadata, instantly search titles, and much more. Moreover, it also allows you to transcode media content based on multiple target streaming devices, as well as supports streaming to DLNA compatible devices.

If you are running an Android device and wish for something just like Kodi, you should try SPMC. The app is ano 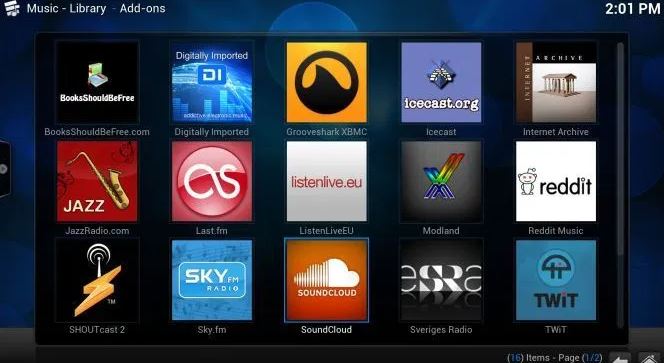 ther top 10 best Kodi alternatives and designed by the former Android manage for Kodi to give Android users the same feeling they had while using Kodi.

SPMC is an abbreviation of Semper Media Center. You can add add-ons that you had on Kodi as it supports all those add-ons that are compatible with Kodi. This is the best Kodi alternative that you can have on your Android tablets, smart TVs, and smartphones.

The only downside of SPMC is that you will not be able to run it on iOS devices. But on the other hand, it works incredibly well with Amazon Firestick devices. You can have it right now as it is entirely free.

If you want to convert your computer into a media hub, you should try Media Porta, which is an open-source media tool. You can easily connect to your other devices, including DVD players, TV, Blue-ray players, and projectors. It will also allow you to sort out your media content in a more efficient way.

The reason why we included this tool in our top 10 best Kodi alternatives is that it supports a variety of plugins that allow you to stream your favorite media content, including live TV, movies, TV shows, as well as listen to your favorite radio station. If you don’t have any other device other than your computer, this is what you need to replace Kodi. 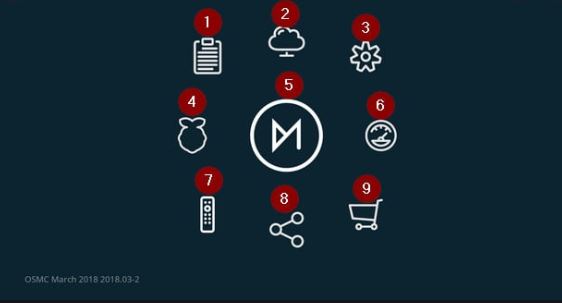 OSMC means Open Source Media Center is might be the very best and same looking Jodi alternatives that you can pick among other media centers. The tool is basically based on the very same project as Kodi, and the only thing that makes it different is its user interface that is a great option for larger screen devices and TVs.

Similar to Kodi, it is also an open-source tool and brings a similar tabbed layout user interface. Moreover, in addition to its user interface, unlike Kodi,  the tool offers more neat and clean elements. If you wish to add and use add-ons, just like you do on Kodi, you can also add those add-ons here. The tool has its own personalized app store where you can navigate and find the latest plugins and add-ons to get the media content you love the most. 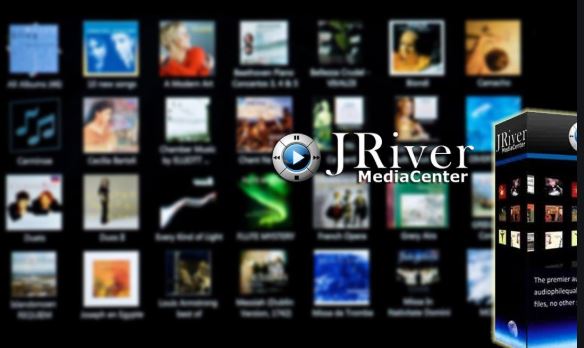 JRiver and Kodi are both built at the same time, and it is a place where you will find all the media content you want to stream. Similar to the Media Portal tool, this tool is also best suited for people who use computers as their primary device for media streaming.

The alternatives for Kodi that we have tested, we observed that the majority of them don’t offer good mouse integration because they are specifically designed for TVs. But this tool is way better than them. The user interface of the tool is very much familiar to Windows, which means you will be able to make certain modifications to specific files and also tweak its settings. 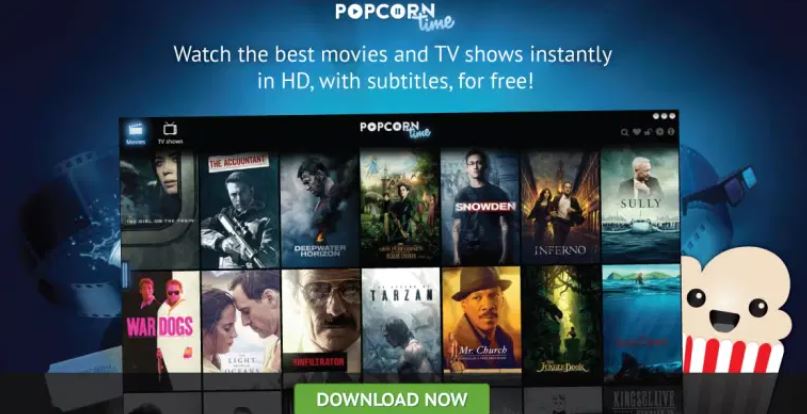 Another popular and top 10 best Kodi alternatives include Popcorn Time, and you must take a look at it. The tool is a third-party platform where like other tools in this list, you can stream your favorite media content, including movies, TV shows, and more. Initially, the tool was only designed for Android devices, but now it can also be used on iOS, Mac, and Windows operating systems.

It is a great idea to run the service using a VPN as it is a third-party tool, which will make sure that your streaming activities will not be logged or monitored. It is worth mentioning that you might also need a VPN in order to have this software as it is restricted in some countries. 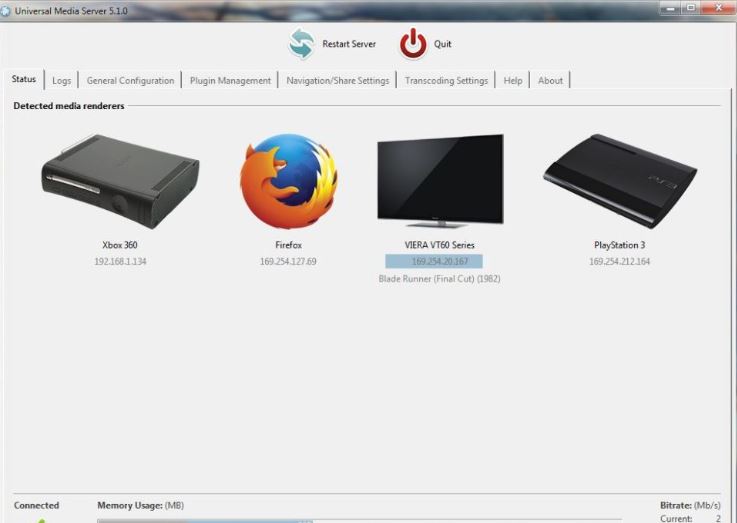 Another popular media streaming platform is the Universal Media Server, which is also compatible with DLNA. Initially, it was only for PlayStation 3, but in recent times it inserted itself as one of the most accessible streaming services on multiple devices. The reason why we have included it in our top 10 best Kodi alternatives is that it is a java-based tool, and it also comes equipped with a few cool plugins.

Using this tool, you can stream media content on devices, including TVs, smartphones, Blu-Ray media players, and even on game consoles.

Last but not least, Serviio is also among our top 10 best Kodi alternatives that let you stream media content, including games, music files, videos, TV shows, movies, etc. Since the platform is a java-based tool, it works perfectly well on multiple platforms, including Windows and Linux. Moreover, you can also add plugins to make the most out of it. If you want to stream media content on Xbox 360, the tool also lets you do that without any hassle.

That is all about the top 10 best Kodi alternatives. You should try them out and share your experience with us in the comment section below.

Q: What is the best Kodi alternative that I should use?

Ans: There is plenty fo them, and we highly recommend that you should try Plex.