Facebook enjoyed a long time of being the top choice for sharing videos, images, video and audio calling, texting, and more. However, the still-popular app hasn’t been fun for its users from the last few years. From privacy concerns to fake news to political concerns, the majority of users are now shifting to other apps or logging in to their account less.

For those who are using Facebook as their primary choice, but looking for its alternatives as well, we have made a bucket of best alternatives to Facebook. It is true that there is no perfect alternative to Facebook, but you aren’t looking for that anyway. You are ready for something unique, where you have the freedom to post without any judgment. So, before jumping into alternatives to the Facebook list, let’s talk about why we need them today. 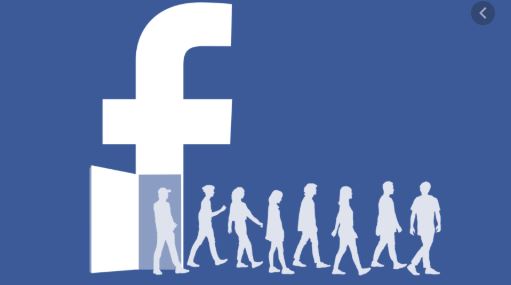 There are various reasons for quitting Facebook and looking for some other alternatives. Some of them include; 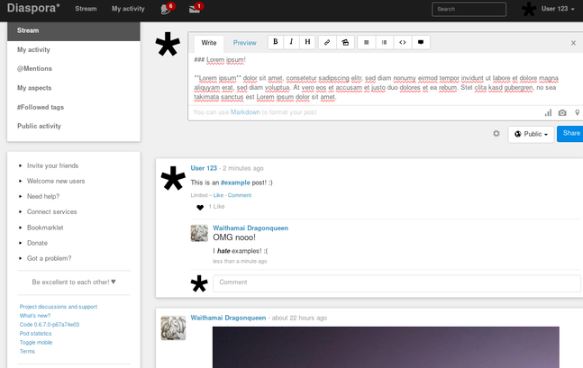 One of the best alternatives to Facebook is Diaspora. The platform has its slogan stating we put your online data into your own hands, which means your privacy and data is secure on this platform. The features of the platform are also somehow similar to Facebook. On Diaspora, it allows you to share posts, post images, and comment on your friends’ posts, as well as to limit users who can see your posts.

The platform use hashtags, which help users to find the people who share the same interests as yours. Moreover, it also allows you to link your Diaspora account to the Facebook account but has its own chat function. The main reason why this is the top alternative to Facebook is its decentralization feature.

The platform has various networks that are called pods. It doesn’t control the users’ data centrally by the provider as its infrastructure is distributed by users and their data carried out by those pods. If you have a good knowledge of how to, you can operate your own pod, which acts as a server. 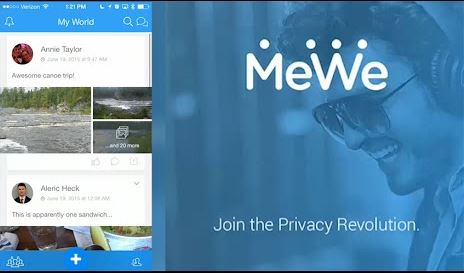 The service is free, and you might be wondering that if it doesn’t serve ads, how it generates money? Well, the platform offers a range of small subscriptions for some of its features, including a secret chat app and additional cloud storage. Moreover, the app also has its MeWe Pro version that generates money for the service.

The app features newsfeeds for your close friends, as well as open and private groups, business pages, etc. The app gives full control to its users over the data they are sharing. You can have the app on both Android and iOS smartphones for free. 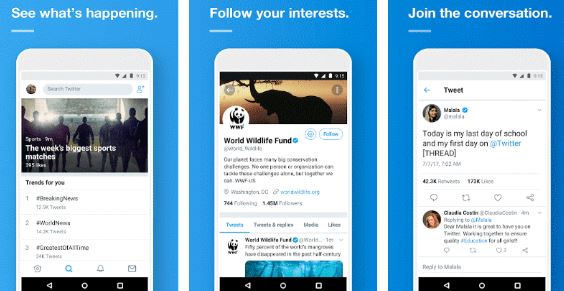 They use the platform to share their everyday thoughts, photos, and videos. Moreover, the platform is also used by media organizations, where they post breaking news there. The platform allows you to tweet, retweet, share, and comment on other people’s posts. The only thing that you need to make sure while posting a status is that you are limited to only 280 characters and can’t post a status longer than that.

Facebook is the giant of the social media world and used by millions of people around the world. The platform lets you connect with your family, friends, and make new friends around the world. It also allows you to make video and audio calls, text chat, play games, and more. However, in the last few years, the platform reputation affected badly, and the majority of users are now looking for alternatives to Facebook.

The platform has no reliable strategy regarding users’ privacy, and the security of their data, as well as misinformation and hate speeches from various accounts, makes it worse. Though the platform is still very popular, people still using it as their primary source of communication, but they are also looking for alternatives.

IF you are one of them and want to switch to any other similar platform where you can share posts, photos, and videos with complete privacy, you should consider the platforms we have mentioned above.

Q: What app should I use as an alternative to Facebook?